The IMSA New England Section regrets to announce the passing of Thomas I. Griggs Jr.
Tom was a Signal Maintainer for the City of Waltham, Massachusetts for 35 years
and was a longtime IMSA member, joining in 1985. 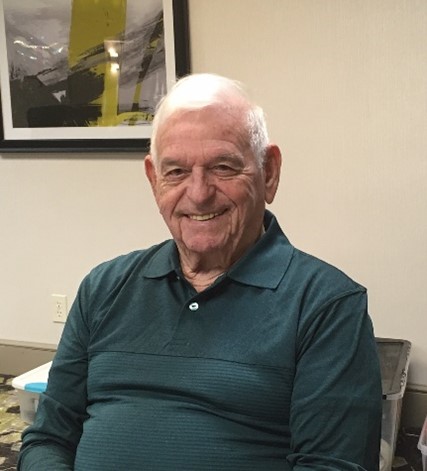 It is with great sadness that we announce the passing of one of our most beloved members Richard G. (Dick) DeMello. Dick passed away on Tuesday September 14th after a brief illness.
He joined IMSA in 1956 and was the associations longest standing member. Dick served the New England Section in various leadership roles, most recently as Second Vice President. He also worked tirelessly with Dick Ober on the development of the initial fire alarm training curriculum. Dick’s dedication to the New England Section of IMSA and most of all, his friendship to all will truly be missed.

Ret. Asst. Chief Theodore “Ted” Schroll Jr.NVFC Lifetime Achievement Award  Sponsored by ADT   Asst. Chief Ted Schroll has never "just belonged" to anything he has been involved with. Schroll is a dedicated fire service volunteer and works hard on any assignment to make things better. He joined Wethersfield (CT) Fire Department in 1960, working his way up from firefighter to acting chief, and his energy and dedication are just as strong in 2021.

Although Schroll retired as acting chief in 1999, he remains an active member of the department. He has shared his knowledge within his local department, the Connecticut State Firefighters Association (CSFA), and at the Connecticut state capitol. He has served in all the executive positions for the state association, as well as serving as CSFA’s legislative representative for over 25 years. Due to his thorough understanding of the legislative process, he was able to represent CSFA without missing a beat during the COVID pandemic and switch to online meetings.

Prior to the pandemic, Schroll spent countless hours at the state capitol representing CSFA and the fire service. He has been aggressive to secure not only legislation, but also funding for construction and rehabilitation of Connecticut’s regional fire schools. Schroll was instrumental, along with Chief John McAuliffe, in securing state legislation that prohibits career departments from forbidding their employees from volunteering in the communities they live. Due to his legislative expertise, Schroll has been a resource to many other state fire associations as well as the NVFC for legislative questions or concerns.

Schroll was inducted into the Connecticut State Firefighters Hall of Fame in 2010. In addition to his work in the fire service, he served active duty in the United States Air Force until 1960 and is a past president of the New England Section of the International Municipal Signalman's Association (IMSA). Schroll has exemplified commitment and dedication to the fire service on the local, state, and national levels for over 61 years and will continue to do so for many more.

Traffic in the New England Section

Many municipal workers in the Northeast started off maintaining the 100 mil Fire Alarm system. As times changed municipalities figured if we could work on Fire Alarm we could repair traffic signals. Today’s traffic signals require towns to hire professional staffing with license or certified personnel. Years ago it was policy “To pass the knowledge from one employee to the next”. While this worked in some ways, sometimes those employees who where passing the knowledge did the job for 20 plus years either never received or had very little updated training. National standards, state and local laws and codes are constantly being revised. Liability is at an all time high. There is a reason for every item that is used on the roadways. Placement of Traffic signals, signs and pavement markings are not just installed because they look good or someone thinks no one else has done this - so let’s try it.

Here in the New England Section the traffic side is getting larger everyday. IMSA provides certification, training and current updates on National Standards to its membership. This is done at our annual school and our section meetings.  While the school covers National Standards (MUTCD, NEC, NESC) our section meetings hear from the membership on state and local changes.

The Traffic Committee of this Section includes not only Traffic, (Signals and Inspections) but also has Flagging, Work Zone Safety, Roadway Lighting, Signs and Markings. We are currently looking for more members to give us a hand at our school as moderators. We have the ability to offer up to 10 classes but we need your help.  If you are interested or have any questions please contact either Jeff Knight or myself.